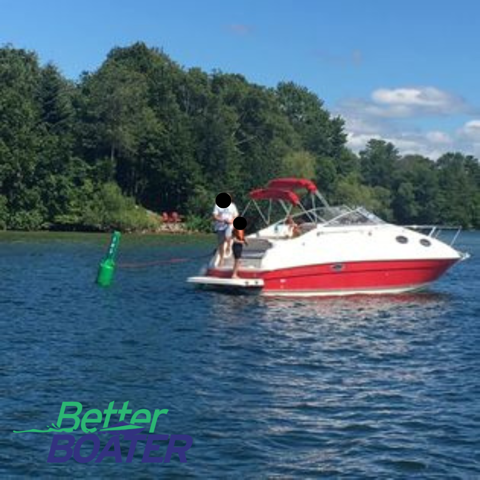 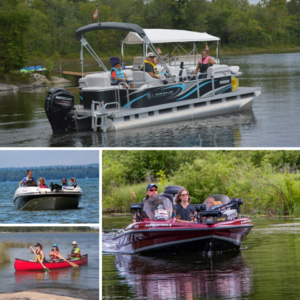 While there may not be one specific moment that stands out to a person when they are learning how to drive a boat, many people do remember the person who taught them or had the most influence in their learning about boating. And more often then not, this person is: 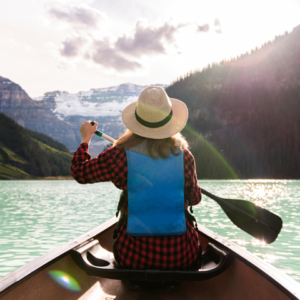 I Still Have That 100 Year Old Canoe

I learned from my Dad from a very young age. Starting from being laid on the floor of his canoe between 2 thwarts from when I was 2 months old as Mom and Dad paddled many lakes including the one I enjoy to this day near Parry Sound. Next was learning how to get in, and out of the canoe. If you’ve been in a canoe you know ‘low and slow’ and ‘in the middle’. Paddling was next. Paddling from the middle is a bit more challenging due to being in the widest part of the canoe. The reach to paddle and watching that you don’t pinch your fingers on the gunnel. Then progressing to sitting ‘up’ in the stern. Learning the ‘J’ stroke was fun and how to use your paddle as a rudder. I still have that canoe that is now over 100 years old. I’m not ‘quite’ that old… Lol! Still enjoying canoeing! 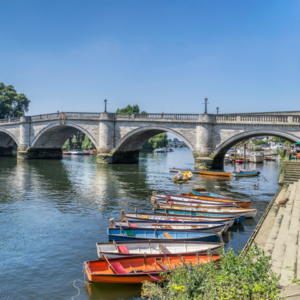 A Rowboat on the Thames River

Living in a cottage on the River Thames in the UK in the 50s! We had a rowboat, but there are a variety of boats from dinghies to large river trip boats! 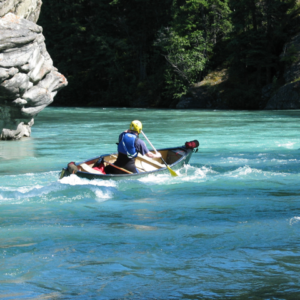 An Easy Way to Get Wet

Never go in a canoe with inexperienced paddlers in rapid/white water situation. You will get wet! 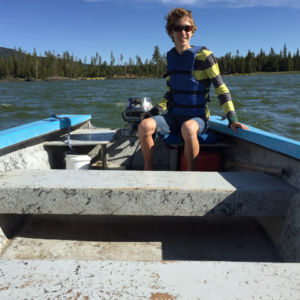 Know the Waters and Wear a Lifejacket

I learned boating as a kid, the memory that stands out driving a boat alone was how nobody really showed me how to drop the outboard back down after inspecting for seaweed took a few mins to figure it out, I imagine if a non mechanical inclined person tried could be stuck awhile, biggest concern seems to be being familiar with the water and knowing where rocks and shallows are, and wearing a life jacket on cold days that have to wear weather clothing as that stuff will drag you to the bottom after mins of struggling to stay afloat. 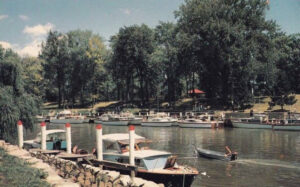 My days as a dock boy back in 1970 and a few years later in Chatham Ontario.

Now I just retired and wish I could afford a little boat and motor to fish my last days on the planet. 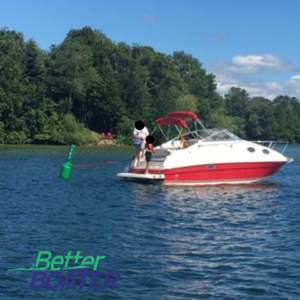 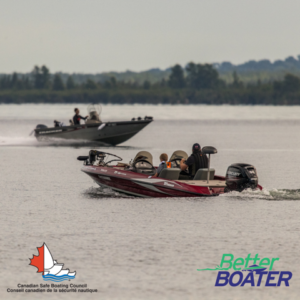 Learned From my Dad

Many of the boating tips that I remember and follow to this day came from my dad as he shared his boating knowledge with me. 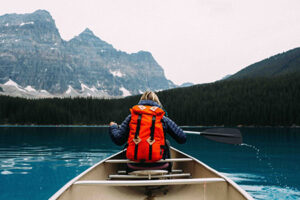 They Were Doing it all “Wrong”!

I learned about boating from… A boy! 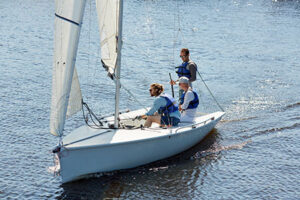 “You Will Never Learn Everything There is to Know About Boating”

My late father, ex-Royal Australian Navy, WW11 and long-time recreational boater, once told me when we had gone ashore from the family cruising boat for a BBQ around the campfire when I was around 12 years old, that during your boating life you will never learn everything there is to know about boating!

I recall him saying that if anyone says they know it all, then it’s time to give up boating and try something else!

Every time we go out, whether it is by ourselves or with others, we will subconsciously learn something. No one day on the water is the same; different tides, breezes, winds, waves, swells, weather, surrounding boats, and people on board with you.  We could go on and on with an entire range of variables. This is why we don’t stop learning.

Miles and then more miles under the keel is what counts. You can do every theory course ashore on offer, but there is nothing like the actual boating experience on the water to learn and perhaps confirm that classroom knowledge.

I recall changing sails in a tough Sydney to Hobart race years ago. It was blowing 40 knots and it was time to get the number 4 off and replace it with the storm jib. I went forward, got the sail down and laid across the top of it. The boat went through the next wave, picked the sail up that I was on top of and over the side I went, luckily still attached to my harness but a bit battered and bruised. When we finally got underway again one of the afterguard (always easy from back there!) told me the same had happened to him. I wish he had told me.  Some years later in a similar situation, a mate did the same thing and I quickly told him to sit with his back to the bow and hang onto the sail instead of lying over it.

Recently, when setting a cray pot on the east coast of Tassie, I ventured into where the chart plotter said it would be ok, nothing marked so all good, pot baited and ready to go. “She’ll be right mate” I thought! Bang, a rock not marked on the plotter, and I had collected it! I knew that I shouldn’t rely on the plotter but took no action to simply look over the side. The result was a stainless prop that was well and truly twisted and bent and the need for a new gearbox on my Suzuki 150HP motor! So lesson learned, don’t rely on chart plotter and look. Having told a few others of my misfortune, they all knew “that rock” that’s not marked on the chart plotter and so do I now.

No doubt Dad was looking down and said “I told you so”.

With boating, you will never stop learning.  Every trip is knowledge, every trip is a little more experience. 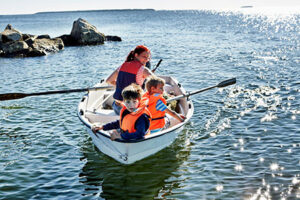 “The Sea” Was in our Blood

As Newfoundlanders, my father and I were convinced that “the sea” was in our blood, so in the 1950s when I was a little girl growing up in England, my father was happy to give in to my pleas to rent a rowing boat and go out on a lake in our local park. The attendant pushed out the heavy wooden boat and we were off, my father at the oars, me nestled happily in the stern. There were no lifejackets or other safety equipment in the boat – the management was more concerned about having a megaphone loud enough so renters could hear “come in no. 7, your time is up!”

All went well until we reached the middle of the lake and noticed that the boat was slowly but surely filling with water – there was a small drainage hole in the hull and the plug was unaccountably missing. With the calm developed under fire when he served with the Royal Newfoundland Regiment of the British Army in World War 2, my father immediately started rowing much more purposefully back towards the shore, all the time keeping up happy chatter with me (“well – – this is an exciting adventure!”) to prevent my panicking.

Lesson learned: one of the CSBC’s key boating safety messages: Be prepared – you and your vessel.